An agricultural journalist struggles on 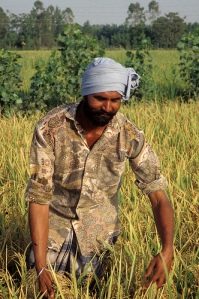 250,000 is the estimated number of Indian farmers who committed suicide between 1997 and 2010, whose troubles Jaideep Hardikar has been trying to expose while reporting farm issues in his country.

Despite the sense of urgency, Hardikar, a veteran journalist at Indian newspaper The Telegraph, still finds himself struggling to get agricultural stories published.

All farming journalists face it and, despite the looming threats against farmers’ livelihoods, their stories still get little space in the mainstream media.

“People who we report on are not our readers, not ones who are poor,” Hardikar told the meeting. “So, we the media tend to avoid telling the stories that our readers are not interested in … we prefer to pick stories relating to stock markets, industries, and so on.”

Hardikar said he has tried tactics like adding more human angles to farm stories or even trading off his stories with economic angles.

Despite all the setbacks, he has not given up, and urged the audience: “Your readers might not like it, but it is the truth. So, try to find space for it as you can”.

If he has not yet given up, why do other journalists working in far more comfortable settings give up so easily on reporting on those who often lack a voice?

This entry was posted on Thursday, June 30th, 2011 at 4:19 pm and is filed under 7th World Conference of Science Journalists (WCSJ2011). You can follow any responses to this entry through the RSS 2.0 feed. You can leave a response, or trackback from your own site.

2 Responses to An agricultural journalist struggles on