Beauty has a specific space in our brain?

Beautiful things have one thing in common: they activate a specific area of the brain. This intriguing idea was raised in the opening session of this year’s conference by Semir Zeki, professor at neurosthetics at University College London, United Kingdom, in a talk on the measurement of beauty.

It’s a controversial and possibly reductionist idea, but one thing we would probably agree on is that if there was a way of testing our brain activity during his talk, we would have been pretty active. 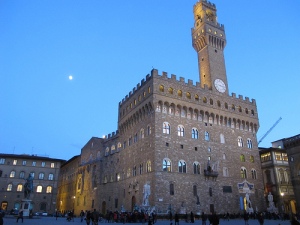 Certainly no one could disagree that the location of the 12th International Public Communication of Science and Technology (PCST 2012) is one of beauty. We are at the Palazzo Vecchio, surrounded by fantastic artworks, including a Michelangelo.

For Piero Angela, a senior Italian TV announcer who has been central to the primetime science show “Superquark“, emotion is the central issue in engaging the public in science.

“Without emotion, we are not able to switch on the brain, to activate the memories,” he told the opening session.

The conference has attracted 647 delegates from 46 countries. The majority are from Europe (72 per cent), followed by Asia (9 per cent), North America (9 per cent) and Oceania (5 per cent).  Just 4 per cent and 1 per cent of the delegates are from Latin America and Africa respectively.

We will have two very packed and exciting days!

Note from Editor: The organisers have uploaded podcasts from conference sessions here.

This blog post is part of our Public Communication of Science & Technology (PCST2012) conference coverage.

This entry was posted on Thursday, April 19th, 2012 at 9:49 am and is filed under PCST2012. You can follow any responses to this entry through the RSS 2.0 feed. You can leave a response, or trackback from your own site.