Mapping an inclusive road ahead for health research

It’s not often that a department of transport gets applauded for solving a major health problem. But this happened in Uganda, where health officials had been struggling to reduce infant mortality rates in an area outside the capital Kampala.

Success came not with a new medical strategy, but with the opening of a road built to speed bananas to Kampala’s markets. An unplanned consequence was that the road gave mothers quicker access to better medical facilities – and mortality rates dropped sharply. 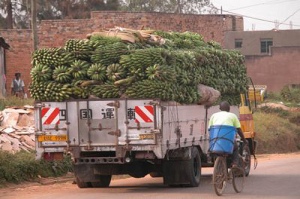 The story was picked up at the closing session of Forum 2012 by the chair of the meeting’s steering committee, Francisco Sogane, former minister of health in Mozambique, as epitomising one of its main conclusions.

“We need to cut across sectors in addressing the multiple challenges still faced by billions of people across the world,” Sogane said.

“We in the health sector need to open the doors of our community and work with other sectors in meeting our common challenges. The way forward is to bring together expertise from different sectors, and develop novel and sustainable solutions to the problems that we face”.

The same theme was echoed by Gwen Malegwale Ramokgopa, South Africa’s deputy minister of health, who urged that “we must make health research everyone’s business”.

Ramokgopa stressed that governments in developing countries needed to invest more in health research, particularly at a time when funding from donor agencies in the developed world – the traditional source – was falling due to the financial difficulties of their governments.

“We can see this situation as a threat, or we can see it as an opportunity to look at better and more sustainable ways of dealing with research and innovation in our countries and regions,” she said.

Indeed, there’s been a general feeling at the three-day meeting that the idea of moving “beyond aid” – the title under which it is being held – is a robust one whose time has come, and that the challenge is now to move from talk to action. 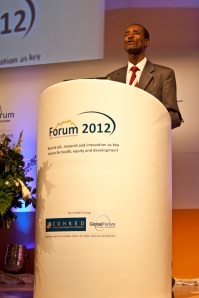 Sogane: "We need to open the doors of our community" (Gabi Falanga)

Sogane pointed out that developing country governments needed to address three tasks: setting their own priorities for health research (rather than letting these be determine by donors); training more people to carry out the necessary research; and providing incentives for turning research results into pharmaceutical products and medical treatments.

Ramokgopa picked up the same theme, pointing out that South Africa had already held its own national research summit of stakeholders to agree on joint objectives – and ensure that the country’s research goals are aligned with its health priorities.

“Those in the knowledge-based sector have been focussed on their own priorities, those in government on theirs, and civil society organisations on theirs,” she said. “Our summit helped us to develop a common research agenda for improving the health of our people.”

There was also a general feeling that, despite the lack of any major new developments, Forum 2012 has strengthened the case for focussing on the links between health research and health innovation, and broadening the debate to include new actors, including the private sector – and even the media.

The next forum is provisionally planned to take place in two years’ time. Before then, discussions are taking place about holding regional fora on the same theme, perhaps in Africa and Asia.

As for the content of such discussions, the road ahead already seems well mapped out. And this time, meeting health needs – not those of Ugandan bananas – will be the top priority.

David Dickson is editor of SciDev.Net

This entry was posted on Friday, April 27th, 2012 at 10:38 am and is filed under Forum 2012. You can follow any responses to this entry through the RSS 2.0 feed. You can leave a response, or trackback from your own site.

One Response to Mapping an inclusive road ahead for health research