My TWAS picks as curtains come down

Hello, and its curtains down for the TWAS meeting.  It is a significant moment too—Mohamad Hassan, TWAS executive director steps down after a quarter-century association with the organization. Many consider him to be the ‘face of TWAS’ in developing countries. But as current TWAS president Jacob Palis assured us all at the opening ceremony, “we (TWAS) will not let him go.” Which is good. Hassan will still continue as an honorary member.

1)       Carlos Nobre – Brazilian scientist who warns of the tipping point — that if the temperatures are not contained within 3 degrees Celsius globally,  the Amazon forest could turn into a Savanna

The sentiment is echoing in many places. South Africa’s science minister Naledi Pandor too says science academies in developing countries should “become more dynamic actors” instead of limiting themselves to a “catching up” session for scientists.

Earlier that was what Raghunath Mashelkar, former director general of Council of Scientific and Industrial Research (CSIR) said in a chat with SciDev.Net. That Indian science academies should become more visible and offer the collective expert opinion of their members on controversial issues such as genetically modified crops, or geo-engineering.

Caught up with Mashelkar at TWAS and he has a clarification to issue on his comments quoted in a recent article on SciDev.Net on the controversy over India’s inter-academy report on genetically modified brinjal.

He explained that his remarks were made in the context of the specific report on brinjal, and were intended to imply that the entire inter-academy report should not be trivialised just on the issue of citations and references.

But he was also keen to add that that didn’t mean to imply that he considers the presence of citations and references in all reports as being a “trivial” issue.

Citations and references are absolutely essential in scientific research papers. “Scientific ethics demand that they be rigorously cited,” he says.

India is a land of ‘bad’ biologists because they are ‘bad’ in chemistry to begin with. So said India’s top scientist CNR Rao, (a chemist obviously, and  Linus Pauling professor) in a fascinating talk he gave to school students at a special session convened for them at the TWASmeet here on Thursday (21 October). Rao still retains his teaching skills (he started his career teaching at the Indian Institute of Technology, Kanpur).

Let me clarify here that Rao was not wearing his official hat as the chair of the scientific advisory council to India’s PM (or the PM would have been veeeeeery angry with Indian biologists). In fact, it was nice that he and another top Indian scientist Rajgopala Chidamabaram (who is also the principal scientific advisor to the Indian cabinet) supported this session for school kids on the joys of learning science. A thumbs up from me for their gesture, given the difficulties countries are facing in attracting students to science.

Rao was making the larger point of the need for sound base in chemistry, which often interfaces with other scientific disciplines. Figuring out the atom or the gene, for example, involved a Noble chemist.

The remark about biologists could have been in jest, but then, as a former biology student at the university, you know where my sympathies will lie. I do not expect Indian biologists to stand up for themselves on this double barrel charge – bad in both biology and chemistry. Indeed I expect most Indian scientists to denounce my blog, instead, as irresponsible journalism.

But then, is it necessary to attract school kids to science by denouncing Indian biologists, even if in jest?

Also, the world over, when people talk of progress in Indian science, no one fails to mention our contribution to cheap vaccines and drugs. Surely the genetically engineered hepatitis B vaccine had a hand of a biologist?

Of war and peace – and food shortages

A queen without a successor, colony politics, division of labour, caste systems  – eh, you thought I am talking about humans? No, insect societies, such as those of ants, bees and wasps. They recognise their queen, are hostile to a foreign queen, are extremely aggressive and highly intolerant towards members from other colonies, but at peace with their own colony members even when faced with situations of potential conflict. Sounds familiar?

So if their behaviour is eerily similar to ours, what do they do when faced with food shortages, like sections of human society are now facing?

Organise themselves into larger groups that are more efficient in locating food and dividing it economically among all, says Rgahavendra Gadagkar, professor at the centre for ecological sciences and contemporary studies at the Indian Institute of Science, Bangalore.

Gagadkar told a TWAS meeting today (21 October) that his motivation for studying some social insects such as ants, bees and wasps that have a social organisation and integration that can parallel, or even outdo, human societies. The goal of the studies, he says, is not to imitate them or even justify our behaviour, but reflect on how we conduct our affairs.

Which is why I felt one of the audience’s queries on food shortages is pertinent. Maybe humans could take clues from what the social insects do at times of food shortages. If better organisation into larger cooperatives is the answer, maybe we should consider the strategy. 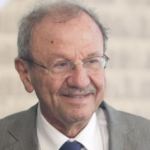 Palis envisages the present regional offices in Brazil, China, Egypt, Kenya and India evolving into regional headquarters at some point, each raising part of their resources locally and developing their own programmes.

So each regional office would be a ‘mini-TWAS’ of sorts. “This is very symbolic,” he told SciDev.Net on Wednesday (20 October).

And while central headquarters would continue to convene its annual meeting each year, the regional offices would be encouraged to hold more frequent meetings, echoing South Africa’s science minister’s calls for more regular academy meetings and science collaborations.

Much of the new thinking is in view of the growing science and technology capacity and strengths of some of the emerging economies within the developing world – especially, Brazil, China, India and of late, South Africa. This “raises new questions and challenges” for TWAS, Palis said.

The organisation could use this growing capacity to decentralise its operations to regional offices, and also to address critical social issues in developing countries.

Irrespective of a mega-TWAS or several mini-TWASes, building scientific capacity in Africa specifically, and least developed countries in general, continues to remain a priority for TWAS. “Africa is a prioirity,” Palis says.

Towards this, TWAS has instituted visiting professor grants to scientists to work in Africa for up to one year and is encouraging more good-quality scientists from the continent to join the organisation.

The organisation also offers three-year grants of up to US$30,000 to support the work of excellent small groups of researchers in least developed countries.

Biofuels the only way forward

A bird in hand is worth two in a bush.  Brazil’s energy researcher Jose Goldemberg, who received the Ernesto Illy Triest Science prize from India’s prime minister Manmohan Singh on Tuesday (19 Oct), at the TWAS meeting, told me the saying is worth remembering while discussing the vexed biofuels issue, especially their risks and benefits.

By now, Brazil’s success story with using ethyl alcohol produced from sugarcane biomass as a blend with gasoline to reduce the fossil fuel consumption is well known. I caught up with him on Wednesday night about the current raging global debates about food versus fuels.

Goldemberg dismisses  as “not serious” the argument that growing  biofuels crops would take away land for growing food crops.  Currently 10 million hectares – one-hundredth of total crop area worldwide – are used for biofuels. Even if land for biofuels production were to increase from this one per cent to 10 per cent, “there will be no problems for the next ten years,” he says.

Current ‘first-generation’ biofuel technologies that make the alcohol primarily from sugarcane (Brazil) or corn (US) are simple and cost-effective and will serve the world well until 2020. “We have a window of opportunity,” he emphasises.

Goldemberg agrees that the “final solution” for biofuels technology lies in the second-generation biofuels that use waste plant biomass that is rich in cellulose. But one molecule of cellulose has about 10,000 molecules of glucose – and so breaking it down with enzymes is where much of the problem lies.  One also needs ‘catalysers’ to speed up the breakdown.

The problems with second-generation biofuels lie in impurities such as dirt that come as a package deal with the biomass – except that the kind and amount of impurities vary and disrupt the breakdown.

Second-generation biofuels will come eventually, maybe by 2015, but not in “the next two to three years,” as over-optimistic experts predicted, says Goldenberg. Till then, use what is available – the first-generation biofuels, he advises developing countries.

Here’s the opening video from this year’s TWAS meeting and some excerpts from the award ceremony:

The wonder Himalayan herb – but who owns its IPR?

It was good to listen to presentations by bright, enthusiastic ‘young affliates’, or young scientists who have availed of TWAS South-South exchange fellowships.

An example is collaboration between scientists from Nepal and Pakistan under a TWAS South-South collaboration programme, who in turn additionally hooked up with researchers from Germany.

The result is high-quality chemical isolation and extraction of medicinal compounds from a herb, Sarcococca hookeriana, or the Himalyan sweet boxfound, found  in the tiny Himalayan country of Nepal. It is one of more than 1,700 medicinal plants that abound in Nepal which accounts for 0.1 per cent of the world’s land mass.

Krishna Devkota, who was with the Institute of Forestry in Nepal before going on a fellowship with the US National Institutes of Health, identified the plant as a potential source of medicinal compounds.

The fellowship helped him link up with the International Centre for Chemical and Biological Sciences, Karachi, headed by Pakistan’s former high-profile science minister Atta-ur-Rahman. With the help from Germany’s Bielefelde University, the team performed sophisticated chemical tests to isolate several compounds in the laboratory.

The laboratory tests – yet to be confirmed in animal models – showed  good to moderate activity against a range of infections – lesihmaniasis, malaria and range of bacteria, and even for treatment of Alzheimer’s disease, Devakota reported at a session at TWAS today (20 October).

But lots of hurdles remain. First vast amounts of plants are needed to isolate some grams of the extract for further tests, which could deplete the mountains of the natural resource. More importantly, Nepal, one of the economiccally least developed countries, has a weak law on conservation of natural resources, which is never implemented anyway, according to Devakota. Nor have the research teams resolved the complex issue ahead of undertaking the research.

Surely, we need a re-think on these kind of cases, especially in these days of concerns over biopiracy and the vexed issue of benefit sharing with local communities?